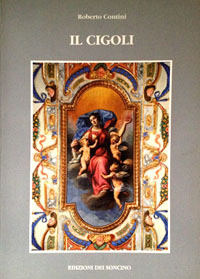 Lodovico Cardi (21 September 1559  8 June 1613), also known as Cigoli, was an Italian painter and architect of the late Mannerist and early Baroque period, trained and active in his early career in Florence, and spending the last nine years of his life in Rome. Lodovico Cardi was born at Villa Castelvecchio di Cigoli, in Tuscany, whence the name by which he is commonly known. Initially, Cigoli trained in Florence under the fervid mannerist Alessandro Allori. Later, influenced by the most prominent of the Counter-''Maniera'' painters, Santi di Tito, as well as by Barocci, Cigoli shed the shackles of mannerism and infused his later paintings with an expressionism often lacking from 16th-century Florentine painting. Maria Magdalena For the Roman patron, Massimo Massimi, he painted an Ecce Homo (now in Palazzo Pitti). Supposedly unbenknownst to any of the painters, two other prominent contemporary painters, Passignano and Caravaggio, had been requested canvases on the same theme. This work was afterwards taken by Napoleon to the Louvre, and was restored to Florence in 1815. One of his early paintings was of Cain slaying Abel. He then gained the employ of the Grand-Duke in some works for the Pitti Palace, where he painted a Venus and Satyr and a Sacrifice of Isaac.